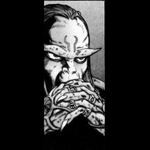 Welcome to Obi-wan Jacobi's talk page, <insert name here>.
Please feel free to leave me a message. I will respond on your talk page.

I reverted your edit because while the KOTOR campaign guide does explicitly state he was "a perfect being," it becomes redundant at that point where the article states he was a "god." Perhaps if it were added to the P&T section it would appear less repetitive. I'm sorry I didn't leave an explanation in the edit summary, and I appreciate you taking the time to confer with me about the matter.

I also noticed that you seem to be fond of things regarding Tales of the Jedi. Have you ever considered participating in Tales of the Jedi project? Let me know your thoughts on this and the Adas thing, and thanks again ;)—Tommy9281

I spoke to Floyd last night & let him know you were trying to get in contact with him. He saw your message but forgot to reply because he had some other stuff come up. I'm glad you two were able to come to an agreement. Let me know if you need anything else.—Tommy9281

Hi yah, Obi-wan. The article says that players who choose the Sith Inquisitor class start out as a slave on Korriban. The slave overseers, which are pure-blood members of the Sith species, spot the slave's force potential, but are loathe to work with such human scum, as the source puts it. Hope this is helpful to you :) Jinzler 23:21, January 14, 2010 (UTC)

The Inquisitor's harsh life begins as a human slave at the Sith Academy on Korriban... The overseers, members of the true-blood Sith species, see opportunity in the slave's innate abilities but are loathe to work with such human scum. --Jinzler 23:50, January 14, 2010 (UTC)

If you're gonna be around tonight, I'd like to talk with you for a bit. Let me know.—Tommy 9281

Oh right, sorry my bad. Didn't know you were working on it. Will stop any additions. Sorry about that again :( I will instead concentrate on the Sith Empire article instead. Maybe we can compare notes and stuff? I haven't really brought an article to "Featured Article" status before so any tips you can give me would be appreciated. Anyway, hope I didn't derail anything you had with the additions I made to the Sith species article :) Also, don't mind, feel free to cut what you wish and keep what you want. Darth Batrus 09:38, February 27, 2010 (UTC)

Yes, I do, although I don't quite know how to navigate it. Tell me what you need and I'll figure out how to find it.—Tommy 9281

Sorry I haven't responded to you, I thought that my reply emails had been going through but apparently they haven't. I want you to put the Inuse tag back up on Ravilan. Today, I'll go over it to make sure everything is up to standards. From what i've already seen, it looks pretty good. When it's all done, you'll be nominating the article, probably for FAN instead of GAN, and that's because of the abundance of content. I can't be the nominator because you are the primary author of the article. I can however help you see it through the process. Let me know what you think.—Tommy 9281 11:24, April 19, 2010 (UTC)

OK, I did a complete copy-edit on the article at Tommy's request and also compiled a rough list of objections. This isn't everything I would object to in a full review on FAN, but rather just some major stuff and a few smaller things that jumped out at me. First, a few small issues that I fixed but would like you to note for the future:

OK, now let's get to objections:

I placed the Emperor's escape from Sith Space around 4,990, as the Republic and Jedi had incursions into the Empire for ten years following the Great Hyperspace War. The Empire's page on the holonet indicates that the Emperor and his followers escaped from the carnage that followed the war, not the carnage during it. Therefore, twenty years after 4,990 would be 4,970. And according to the Dromund Kaas holonet page, the next hundred years, presumably until 4,870 with proper math, are used to actually establish the Empire. Hope this answers your questions. Darth Trayus(Trayus Academy) 07:01, May 6, 2010 (UTC)

"The humanoid male known as Darth Andeddu hailed from the Deep Core world of Prakith, and lived some period after the Hundred-Year Darkness. "—Star Wars Legacy 30: Vector, Part 11.

"He eventually rose above his peers to claim the position of Dark Lord of the Sith and reigned from their ancestral homeworld of Korriban."—Darth Bane: Dynasty of Evil.

"In the typical fashion of the Sith before Bane's reformations, Andeddu's reign came to a violent end when he was betrayed and overthrown by his own followers."
―Darth Bane: Dynasty of Evil

Well, Obi-wan, here's the thing. DOE states that Andeddu was as Dark Lord whose homeworld was Prakith, but Star Wars Legacy 27: Into the Core says that Andeddu fled Korriban to escape his enemies, who Dynasty of Evil identifies as his followers. Thus, Andeddu ruled the Sith from Korriban, but they rose up against him, forcing him to escape and return to Prakith, his homeworld. As far as the time that he lived, it is at the very least the same time as the Hundred-Year Darkness, but more likely afterward. I would not quite say that everything we know about him points toward him being one of the Dark Jedi Exiles. Rather, based on his appearance in various comics, as well as the description given of his appearance in DOE, I would personally conclude his existence to be at least after the Hundred-Year Darkness, prior to the Golden Age of the Sith, and definitely before the Great Hyperspace War. Because Andeddu was Dark Lord of the Sith, he had to have become so after Ajunta Pall, whom we know was the first Dark Lord, but prior to Marka Ragnos, who was succeeded by Naga Sadow, the last Dark Lord of the Sith Empire as it was known prior to the Hyperspace War. He definitely lived before the rise of Freedon Nadd, who we know found Andeddu's holocron somewhere around 4400 BBY. We pretty much know the history of the Sith after that, and it is one where Andeddu most likely was not active during. However, to confuse things even further, in Star Wars: Republic 63: Striking from the Shadows, Andeddu's holocron gatekeeper image shows him with a lightsaber; not a protosaber—which we know the Jedi and Dark Jedi of the Hundred-Year Darkness and up to the Great Hyperspace War were equipped with—but a lightsaber. Hope this helps, let me know if you need anything else ;)—Tommy 9281 13:56, May 30, 2010 (UTC)

I'm at work right now so I don't have access to IRC nor CSWE to tell you verbatim what it says. I remember reading the Korriban zombie entry in CSWE, which mentioned Dathka. I'm not sure if he has his own because I haven't looked yet. If I recall correctly, Andeddu's entry gives more information on him other than what we have from books, novels, etc. Until I get home, you'd be better informed by just looking at his article; I incorporated everything pertinent from CSWE a while ago. I can give you more details a bit later if you require. As a side note, how would you feel about undertaking ol' Dathka as our next endeavor?—Tommy 9281 23:34, June 29, 2010 (UTC)

Yes, they're fine, I'm just making a few extra tweaks to get it to the right standard. Most of the issues are markedly improved, though. I'll be updating the FAN objections in a few minutes. Thefourdotelipsis 10:49, July 1, 2010 (UTC)

Hey Obi-Wan, I've not found a source for the date yet—granted, I haven't been looking very hard. I'll look around for you a bit, but it is worth noting that The Essential Atlas says that after the Second Battle of Korriban, which is usually marked as the end of the war, the Republic sent an armada into Sith Space to wipe out the Empire. There's no indication of how long this campaign lasted, whether it was a couple of months or a full ten years. I'll keep searching, though. On another note, I didn't change the dates on the Sith Empire page, someone else did I'm guessing. Good luck with the Sith article, and I'll give you any info I come across. Darth Trayus(Trayus Academy) 22:04, July 15, 2010 (UTC)

Ah, thank you very much Jacobi. That does help. I'll continue to be on the look out for anything more solid. Darth Trayus(Trayus Academy) 18:06, September 2, 2010 (UTC)

Hi my name is nikodemus, im pretty new in this wiki but i am a huge star wars fan and star wars action figure collector. just wanted to say hi.—Unsigned comment by Bibipbi (talk • contribs).

Re: Relin and Sith Lords Edit

Hey Jacobi, thanks so much for your compliments on Relin :) and also a big thanks for posting on my page before making the change. The reason that Rrogon is listed as a Lord is that canonically he is one—in the Crosscurrent Dramatis Personae, he is listed as "Saes Rrogon; Sith Lord; captain, Harbinger (Kaleesh male)". So it may not have been JJM's intent originally for him to be a Sith Lord, but a Sith Lord he is. Jonjedigrandmaster (Talk) 16:56, October 7, 2010 (UTC)

They don't particularly look mutated to me. One's hunched over, yes, but he's in the process of attacking or being attacked. The others look more or less normal. Darth Trayus(Trayus Academy) 09:22, December 11, 2010 (UTC)

Hi Jacobi, I don't wish to add it to the Sith (species) article myself while your "Inuse" template is in place, but you may be interested to know that the Sith species are mentioned on page 32 of Coruscant and the Core Worlds, in the RPG stats of Ra-Zyrth. --Jinzler 21:42, December 15, 2011 (UTC)

Hello, Obi-wan Jacobi. I'm currently uploading potentially useful pictures from the Book of Sith: Secrets from the Dark Side, and I thought this one may be of interest to you&mdahs;for your "Sith (species)" improvement drive. The quality isn't really outstanding, but who knows... you still may find something to do with this picture. Regards. --LelalMekha (talk) 19:07, July 9, 2012 (UTC)

Hey I noticed that the information on the sith castes concerning the Grotthu was, highly innacurate to say the least. I have a few scattered discussions around, but put simply the term is never actually used to refer to red sith of any type, nor is there any indication that red sith slaves are a separate caste (they may simply be slaves from the other castes). I got into a bit of an editing dispute, I placed "slaves" under sith castes because they are still an important part of the sith social order . . . I think this Grotthu situation needs to be resolved. Also a side note, the Book of sith explicitely states that pureblood sith come in a range of hues from crimson to obsidian, so that should be put under skin color I guess. ralok (talk) 04:43, August 30, 2012 (UTC)
Retrieved from "https://starwars.fandom.com/wiki/User_talk:Obi-wan_Jacobi?oldid=8252990"
Community content is available under CC-BY-SA unless otherwise noted.