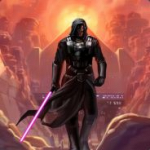 Please do not alter the formatting of the sources and appearances. The templates and links are correct the way they are. Thanks. Trak Nar Ramble on 07:16, September 19, 2012 (UTC)

Hey there. Please don't remove content from talk pages, even your own. They need to be preserved as a public record. Let me know if you have any questions about anything around here; I know that policy can be confusing when you're new. Cheers! Menkooroo (talk) 11:54, September 20, 2012 (UTC)

As you have been told twice previously, it is Wookieepedia policy to retain talk page messages on either your talk page or on a separate subpage. Trak Nar has already explained one possible way to archive your messages if you so wish. If you need further help in archiving your messages, you are welcome to ask any user on the site. However, seeing as this is the third time you've attempted to remove messages without archiving them, this is your final warning—you will receive a block for any future violations of this policy. Thank you for your cooperation. CC7567 (talk) 10:52, January 8, 2014 (UTC)

While all good-faith contributions to Wookieepedia are appreciated, we ask that you please refer to Wookieepedia:Images, which can be found under the "other policies and guidelines" link in your welcome message, and familiarize yourself with the sourcing and licensing requirements before uploading any more images. The only uploading method supported by Wookieepedia, Special:Upload, will prompt you to enter this information. Wikia's non-standard upload forms are not supported under Wookieepedia policy, and ignorance of the uploading rules is not an acceptable excuse. Continued violation of the image policy or falsification of any information in an upload description are considered vandalism and will likely result in a block. Thank you. Grand Moff Tranner

Please stop adding extra affiliations to infobox fields. Not every sub- or super-affiliation has to be mentioned, and you're frequently screwing up formatting or editing status articles without the author's permission. Thank you. Cade

Sorry, i shall stop editing affiliation when the article is, as i see it large enough. I have not enough skill or time to make major edits unfortunately. --RazulAntiwield (talk) 07:12, June 4, 2014 (UTC)

I have started a project to make a article on every single character of note such as vendors, e.g. onboard Carrick Station.--RazulAntiwield (talk) 06:00, June 21, 2014 (UTC)

Before continuing to create new articles you should check the changes I've made to your recent creations, as well as the Manual of Style and Layout Guide. Many of them have contained mistakes and improper formatting. Also, when generating an infobox, use the interface on the right as many of your infoboxes have been outdated. Trip391 (talk) 07:20, June 21, 2014 (UTC)

I find it difficult to follow the manuals and guides, but i shall remember the things you have listed. Thank you.--RazulAntiwield (talk) 10:39, June 30, 2014 (UTC)

Do you have access to TOR? If not, you shouldn't be creating articles on TOR characters. Regardless, please slow down and take a closer look at the articles you're making; you're leaving off {{Image}} tags, adding random spacing, and flat-out copy-pasting without changing anything. Cade

Razul, please actually read the template pages and look at other uses of templates when applying them. Every attempt you've made so far to add the {{TORweb}} so far has been incorrect. Cade

Thanks for your creation of the article Imperial Defense fund! However, please remember to include the appropriate "{{Eras}}" tag at the top of the articles you create. For Legends articles like that, it's often just "Eras," though you may also specify a specific era, i.e. "Imp," etc. ProfessorTofty (talk) 10:39, November 10, 2014 (UTC)

Since it is unknown what era the defense fund existed in I cannot put that in, however I forget to put it in just for the sake of the legends tag. Sorry.--RazulAntiwield (talk) 10:44, November 10, 2014 (UTC)

Retrieved from "https://starwars.fandom.com/wiki/User_talk:RazulAntiwield?oldid=8562221"
Community content is available under CC-BY-SA unless otherwise noted.