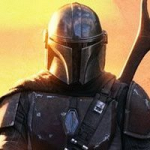 Since I noticed you editing on the Neo-Crusader page (and interest in Mandos), I wanted to know if you could help me with my unofficial project. I'm trying to write good articles on the Mandalorians in the KoToR games. (Like the mini-bosses, see Mandalorian Commander (Kashyyyk)) I'm not a fanatic, but I'm bored, and I feel like doing something. Leave a message on my talk page, please.--End0 da Baker 19:02, 5 March 2009 (UTC)

Also, we should write an article on the Mandalorians of Lehon. It's obscure, but at least it adds something. I can't remember the name of the Black Rataka who hires Revan. Can you find it out? (My Xbox 360 isn't working right now, and I don't known where to look for it here.)--End0 da Baker 23:47, 5 March 2009 (UTC)

All right. All we need to do is find some pictures. I'll looking for a a picture of the Mando Captian of Lehon, and some of the Mando weapons from the game. (I know most weapons have similar shapes, but I need to make sure color hue is totally perfect.) If you wanna take a digital picture of the Mando Commander, you can post it on, if you write all the copyright stuff.

Yeah, not really much to choose from

AWESOME,MAN! That was perfect! And now we got enough attention to get that article in the Knights of the Old Republic WikiProject! Yes!--End0 da Baker 01:32, 7 March 2009 (UTC)

Hey Ruthless Xero. I reverted your change to Darth Malak's main image since the article is currently a Good article and is nominated to be a Featured article, and therefore, you should allow some time for discussion before you change the image. If no one objects, then I think that image can be changed, but you really should give it a little bit of time. Thanks. Cylka-talk- 00:11, 5 June 2009 (UTC)

Please don't remove the image of Obi-Wan impaling the battle droid from the Shiak article. The image of Maul killing Qui-Gon is already used in several other articles and doesn't need to also be in the shiak page, when the droid shiak image was uploaded specifically for the page. Thanks. - JMAS Hey, it's me! 01:34, 20 June 2009 (UTC)

Why did you undo my edit on Rahm Kota's page? That part is true, not fake. It's what happens if Galen attacks Vader instead of Palpatine, making that ending happen.

If you put it that way, OK then.

First, any edit in which you remove sourced information from a featured article is not minor, so I'd encourage you not to classify your edits like that. Secondly, why did you remove the info from the Daeshara'cor and Alema Rar articles? -- —Harrar (Cut the comm chatter) 10:33, 4 July 2009 (UTC)

You might wan to fix Plo koons biography on his mission to flurrom with ashoka tano. if you watched the episode, Aurra didn't kick the table at Plo. Rather, Plo knocked the table away, preventing Auura's attempt to injurte Plo in the knee with foot darts. Plo pushed the table infront of Aurra and Ashoka durting the fight to prevent Aurra from shooting ashoka. With this distraction, Plo quickly disarmed Aurra and held her at saber point, forcing her to surrender. However, Boba blasted Plo and ashoka away wit ha bomb, allowing Aurra to escape and boba captured by the force used by Ploo Koon. And your making it seems as if Plo and Ashoka are trying to capture Jango fEtt as a shild, when really Plo and Ashoka are capturing Boba Fett on Flourrum.

Thank you very much for uploading an image of Ban and Wynn fighting each other, this will prove useful when I nominate Ban for the FAs! Thanks once again!

I apologize if I've forgotten you, but I don't recall your help with the Endar Spire Jedi article. You edited it thrice before I, a few months later, began taking it to GA and never have again since. I thank you for the image, but that is not sufficient to claim partial credit, especially if you never consulted me. PLease take that userbox off your page. NaruHina Talk

Hi there, I'd advice you to revive the conversation on the talk page, as it was made before the article was promoted to featured status. The move proposal should also be run via Dark Lord Trayus, who promoted the article. Thanks. :) 1358 (Talk) 20:30, February 15, 2011 (UTC)

Hey, RX. The thing is, we don't know what is normal for the Mordageen species; they could be like Humans, where facial hair is present but routinely shaved off, or they could be like Wookiees, where a layer of stubble is universally present. Therefore noting that one member had facial hair is necessary for the article to be comprehensive. This is the same as not asserting that all of them were blond just because one was blond; we have to be careful about extrapolating about the full species from only one example, which is all we've got. I'll leave the article be for now, but I think it should probably be changed back for completeness's sake. ~Savage

Hi, just letting you know that you should not strike over other's comments, objections or generally anything, especially in review process. If the objectors find their objections being satisfied, they will strike them. If there's anything unclear or you need any help, feel free to ask. (: –Tm_T (Talk) 21:28, June 10, 2011 (UTC)

Hey, I recently edited the Bespin page adding the category Separatist-aligned planets, but you took it away. The page although says that Bespin is a Separatist Afflaited planet. So my question is, why did you take it away?--Lars Oebeles 19:47, June 24, 2011 (UTC)

Hey there. If one section is too crowded, that isn't justification for crowding another section. The very fact that there are so many images in the Equipment section is a pretty good indicator that jamming more in in adjacent sections isn't a good idea. Images support text, not vice-versa. Keep in mind that this is nothing more than my opinion, though. However, too many images would be something I would object to on the article's FA Redux page. Menkooroo 17:27, July 13, 2011 (UTC)

Hey Xero, just to let you know, you have not yet addressed Tope's objection to your Dark Jedi nom on the GAN page. Since you left a message on the 5th, you must address the objection by the 19th or else the nom will be taken down for inactivity. Thank you. Kilson(Let's have a chat) 17:52, July 14, 2011 (UTC)

Hello. I noticed you uploading a few screenshots from TOR. If those are from the beta (and it seems like they are), you need to tell me. It would be a direct violation of the NDA. --Imperialles 01:08, November 15, 2011 (UTC)

For those types of characters, it's better to start a talk page vote about changing the infobox image. JangFett (Talk) 02:55, November 16, 2011 (UTC)

Could the note not be rephrased slightly? It seems a bit confusing to say that comics do not deal with the issue of Revan's name, and then below that to reveal what the comics say about his name. If it has to stay wouldn't something like: while the comics do not initially blah blah blah be more accurate/helpfull? Thanks? Jayden Matthews 10:06, November 19, 2011 (UTC)

As of 0:00 UTC (8:00 PM EST), I have assumed responsibilities for leading this project, due to my predecessor Cylka's inactivity. Wherever she is, I wish her well in her endeavors, and should she come back, I will gladly turn over leadership back to her. Over the next few weeks, I look forward to reviewing more articles and also wish to get more KotOR-related projects off the ground, and look forward to moving forward to bettering this project and ultimately Wookieepedia. Thank you for your continued service to Wookieepedia.—Jedi Kasra ("Indeed.") 01:08, December 20, 2012 (UTC)

Please heed the AbuseFilter warning about changing Legends redirects—namely, it's your responsibility to make sure that nothing points to those redirects before changing them to point to the canon articles. Cade

Hey there! You were listed as one of the participants of Wookieepedia:WookieeProject The Old Republic before it went down, and are currently among the non-inactive users who I have not removed from the list. I have recently become the project's new leader, in an attempt to revitalize it with a focus on KOTFE and KOTET content in preparation for the supposed update, and am informing all members.

Retrieved from "https://starwars.fandom.com/wiki/User_talk:Ruthless_Xero?oldid=8257279"
Community content is available under CC-BY-SA unless otherwise noted.