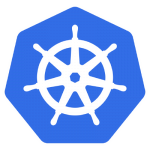 Regardless it's bad Edit

You are just saying that because it is a featured article? It is sourced that he is human and, thus, it is allowable to make that category addition.-I'm the Chosen OneYou must see it... 09:51, July 11, 2011 (UTC)

Actually, I take back what I said on the revert. Having seen tons of bio-stubs on various "behind the scenes" people w/o sources/appearance, I didn't see that it would qualify for a verify template. I'm just not sure if TFU counts as a source for credits people. Korsa3clicky 16:53, July 11, 2011 (UTC)

As far as I can tell, they are not the same person. Nevertheless, I will keep an eye on 2000's contributions just to be safe. Grand Moff Tranner

Hello TK-999, I removed the DB references to Darth Vader and Executor in Vandolay's article, as I believe neither are really needed. Just messaging you to see if you are ok with this, or if you think it should be changed back. Cheers. Hanzo Hasashi 03:44, September 12, 2011 (UTC)

Volume I, page 201 says that Dornea is the homeworld of the Dorneans.--Exiled Jedi

i can't add the sources Edit

I am trying very hard to post a new page Star Wars: Lost Tribe of the Sith: The Collected Stories and i have been asked to verify. well, i have tried unsuccessfully to do this, but i think that because i am using an external link - to Amazon - i have struck the difficulty.

this is a new book, to be published next year. would love to assistance to this problem. this is my first attempt and i have followed the helps.

Hi, just wondering why you deleted the source to Umbarans, it was the only source that I could find that mentioned that Umbara seceded from the republic. (--501st Tup 19:45, December 21, 2011 (UTC))

Just because "the details are unknown," does not make it speculation. It is a statement of lack of in-universe material expanding upon a known in-universe fact. It is like saying "Plagueis' discovery of Palpatine is unknown." That is not speculatory. Regardless, I will look for a reference. --Bold Clone 16:19, December 28, 2011 (UTC)

Hi TK-999. Sorry, I completely forgot about your request :S. Anyway, here's what TFUCG has to say about the Dominus sector:

Yes, it's fine because this type of ship appeared in multiple TCW episodes. Prior to it being confirmed as a Providence-class ship, originally a source said it was a Separatist dreadnaught, until a TCW UK episode guide confirmed it's a Providence-class carrier/destroyer. I'll find you the UK episode guide again, but it's fine to say it's a Providence-class carrier/destroyer. As for the command ship, unless it's stated in the episode, you can't assume it's a flagship or command ship of Grievous. It's been a while since I've seen the episode, but I do have access to it if you don't, so I could check. As for the droids, I'm not sure what you're asking. Are you asking about the droids in the infobox? JangFett (Talk) 17:55, January 9, 2012 (UTC)

Hey, TK. Your current GAN has an objection that's been there for about a month now. I hope you'll take a look at it and see what you can do. Cheers.—Cal Jedi

Hey, TK. Sorry to have to keep hounding you about these, but there are objections on your GAN that have been untouched for over two weeks. If you could take a look at them, I'd appreciate it. Cheers.—Cal Jedi

i need some help with a page i've made. i can't find how to put appearances on like the ones at the bottom of wikis! here is the page: http://starwars.wikia.com/wiki/Magnapulse_Cannon i need to put Star Wars: Empire at War on the appearances.

I am encountering a problem with sourcing the "XQ4 Platform" image. I'm on Wookiepedia now, but there is no source! What do I put on the soruce info for Special:Upload if there isn't a source listed?--Astragon67 14:46, March 22, 2012 (UTC)Astragon67

TK, Thank you for the message! I apologize for the amount of recent changes - I'm a new user and the last wiki I edited didn't have those restrictions, so I'll be more careful this time. The article I'm most interested in editing at this moment is the Recapture of Tythe and its relation to the events depicted in Star Wars: Clone Wars. If you could help out, that would be appreciated. Thanks, Chip Brown 17:44, April 6, 2012 (UTC)

Hey! I removed it because generally crew is for specific number of crew rather than what the crew is, hope this helps --Lewisr (talk) 12:24, November 20, 2018 (UTC)

Retrieved from "https://starwars.fandom.com/wiki/User_talk:TK-999?oldid=7972918"
Community content is available under CC-BY-SA unless otherwise noted.