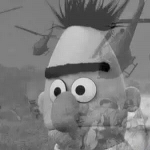 While it's a pleasure to see you participate, please take note that speculation is not allowed on Wookieepedia. You may find the following useful as to our policies on sourcing and speculation; sourcing policy, attribution policy, as well as this Senate Hall discussion on speculation. Happy editing, and hope to see you around more :) Korsa3 02:40, July 6, 2011 (UTC)

End of Cold beginning of the First Order-Resistance warEdit

Explain your reasoning as to why you believe the Cold war ended with the Hosnian Cataclysm and not the Assault on Starkiller Base? It would be like if the Early rebellion against the Galactic Empire ended with the Destruction of Jedha City and not the Battle of Scarif or the Galactic Civil War ended not with the Battle of Jakku?2600:1700:8BE0:FF20:E464:19EE:4C13:9BE7 08:06, October 14, 2017 (UTC)

I was not aware of that so thanks for bringing that up, if there are others that have it then I see no reason why Dooku couldn't either. Apologies then and I'll add it back for you --Lewisr (talk) 02:27, January 30, 2018 (UTC)

Retrieved from "https://starwars.fandom.com/wiki/User_talk:Weirdo_Guy?oldid=8266184"
Community content is available under CC-BY-SA unless otherwise noted.