Back to page
Add topic
Please feel free to leave me a message.

Hey, Xwing328! I noticed you have Star Wars Insider 56 listed as part of your collection. I'm looking for the article "Unseen Planets of Episode I", specifically for anything it may say about the Croke, Rokur Gepta, or the Sorcerers of Tund. Would you be able to check it for me? I really do appreciate any help you can offer! ~ SavageBob 22:00, January 3, 2011 (UTC)

Lando's chief nemesis throughout the series was a theatrically vengeful villain known as Rokur Gepta, the Sorcerer of Tund.

The Tund of Smith's books was a wasteland, rendered barren by Gepta's treachery. Turns out the villain wasn't a true Sorcerer at all, merely a spellcasting snail with delusions of grandeur. After infiltrating the Sorcerers' ranks and learning their dark side magic, Gepta (a tiny alien Croke) annihilated them all with a weapon of mass destruction. The planet Tund endured as a whispered enigma, a vast mausoleum for a vanished order of warlocks.

Hey, Xwing. I've rounded up all the sources for Shawda Ubb, and I'm ready to start expanding the article, but there's one more I need. Apparently, the Growdi Harmonique played by Rappertunie is mentioned somewhere in Insider 73. I'm guessing that if the organ is mentioned, Rappertunie is mentioned. Unfortunately, the person who added the source to the growdi page didn't note which article the mention is in. If you get a few minutes, would you mind checking? Thanks a ton, ~ SavageBob 16:55, March 1, 2011 (UTC)

Hello Xwing328, first of all please excuse me my english, and I would like to thank you very much for this page from where I could set up my bot in Star Wars Wiki en español two weeks ago, it has been working succesfully those days, running category.py and replace.py scripts, but since yesterday the bot doesn`t work any more and says:

I have no idea how to fix the problem, I have been searching in the internet but I don´t find any solution, and it seams to be very complicated, ¿Do you have any idea? Thank you for all. --Zeist Antilles flimsiplast 21:51, March 2, 2011 (UTC)

Episode I Adventures 15: The Final Battle[]

Hey Xwing. I've been trying to find someone who owns the book Episode I Adventures 15: The Final Battle. I am working on the Ki-Adi-Mundi page and I understand he is in that book, but I can't get my hands on it. When I checked the "What links here" for that book's page, it included your username. Do you own that book? If so, can you tell me what Ki's role was in it? Thanks in advance! — Hunter Kahn 15:54, September 8, 2011 (UTC)

Sorry to bother you yet again, but I see from your collection list that you own Star Wars Insider 83. There is an article in there called "Multiple Personality" about Ki-Adi-Mundi actor Silas Carson. I'm nearly done with my expansion of the Ki-Adi-Mundi article but I was hoping to find out whether there was anything from that article that isn't currently included in the BTS section. Any way you can help me out with this? Let me know either on the Wook or via email at hunterkhn at gmail dot com. Thanks! — Hunter Kahn 16:53, September 28, 2011 (UTC)

Hey, Xwing. I saw Star Wars: The Ultimate Visual Guide listed in your collection, so I decided to ask you. Apparently, Mana Veridi is mentioned somewhere in the book. Is that so, and if it is, in what context is she mentioned? I need this for my Qui-Gon Jinn project, as I'm trying to figure out whether the events of Once Bitten are canon. A mention of Mana in the Visual Guide could mean that Once Bitten is canon. Oh, and if it's not too much, could you also check if any events or characters from Mythology are referenced? QuiGonJinn

Hey Xwing. I'm really sorry to bother you, but your collection page lists Insider 50, and the CUSWE tells me that Graxol Kelvyyn is mentioned somewhere inside. I'm afraid I don't have anywhere specific to point you... but is there any way you could take a quick gander through and let me know what you find? Thanks. Menkooroo 15:28, December 7, 2011 (UTC)

Hello! I know you probably don't know me, but my name is HenryDuckFan (or ARCTrooperFan), and I just so happen to notice that hardly anyone has edited on Star Wars Merchandise Wiki, and since I've been editing on there quite a bit, and no other admins have, would you mind letting me, or asking another admin, if I could actually become an admin? I've also been really interested in adopting the site, but I would like to discuss this with you first before doing so on Community Central! ARCTrooperFan 23:46, December 11, 2011 (UTC)

Hello Xwing328. I see you've been sollicited quite a lot for Insider related queries, so I feel a bit ashamed to ask you once more, but... I've been working hard on the Charal article to turn it into a FANom, and Menkooroo told me of the Return to Endor feature that was pusblished in the Star Wars Insider 62. It seems that Siân Phillips gave an interview in it, and I'd like to know if there is any relevant info about her character. (By the way, Menkoroo would also be interested in the article, as he wishes to know if there was anything noteworthy about Noa Briqualon). Best regards. --LelalMekha 14:58, June 21, 2012 (UTC)

Hello Xwing. I'm currently xorking on the Attichitcuk article, and I noticed the old Wookiee appears along with his son Chewbacca and the Jedi Knight Kai Justiss on this picture, which was part of the Republic HoloNet News Core Edition 14:10:03 published in Star Wars Insider 71. As you own that particular issue of the Insider, could you let me know what's Itchy's part in this "news content", if any? I originally posted KB request, to no avail. I don't suppose Itchy and Chewie were put on the picture for no reason, but I couldn't find any relevant information anywhere on the Wook, not even in the Kai Justiss article. Thanks in advance. --LelalMekha (talk) 13:54, August 28, 2012 (UTC)

Hello Xwing328. I'm currently trying to FA nom my article on the Royal Award Ceremony, and Corellian Premier suggested checking Star Wars: X-Wing and Star Wars: Rebel Assault to see if that ceremony was not featured. I don't own any of those games, but I think you do. If you have a moment, could please verify it? Thanks in advance. --LelalMekha (talk) 00:36, October 1, 2012 (UTC)

Hey Xwing, do you still have Star Wars: Clone Wars Adventures Volume 10? If so, could I get an image of this clone? An ideal image might be on the penultimate page of the book, where he is being told to report back to base. Thanks for any help you can do.—Jedi Kasra ("Indeed.") 05:20, December 20, 2012 (UTC) 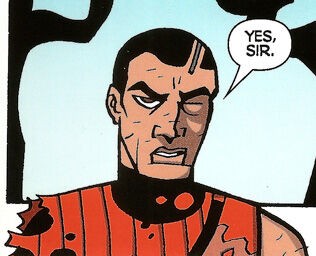 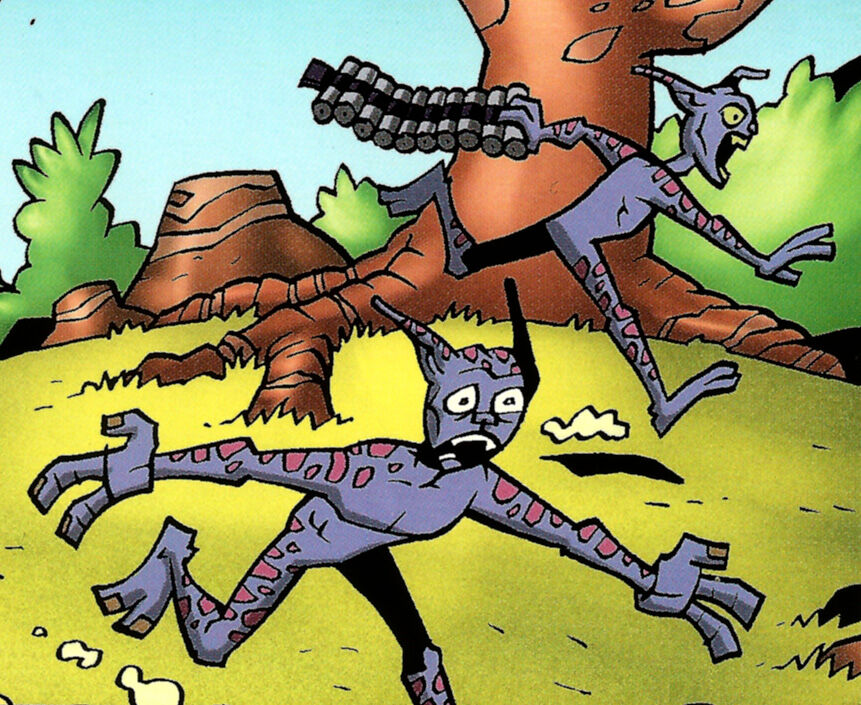 Hi Xwing328, I recently picked up where Morbus Iff left off a while ago on the Timeline of media revamp discussed here, to which you contributed. I'd appreciate your opinion on the near-finished project: User:Tainb'ocu'chulainn/Sandbox Timeline. The forum for the discussion is Forum:SH:Making a better Timeline of media: revisited. Thanks. Tainb'ocu'chulainn (talk) 20:29, February 11, 2013 (UTC)

Hi, I need your help. I need you to please remake the App template on the Marvel Cinematic Universe Wiki. If you choose to do this for me than please replace the following things (if I don't put what to replace it with than please leave it as it is):

Do you have all the Star Wars Adventures magazines? If so, would you mind scanning them and uploading the covers? MasterFred

Hello, Xwing. It's been brought to my attention that you currently still use Template:User admin and Template:User inq on your user page to denote positions you formerly held. This presents a technical problem, as these templates continue to list your username under Category:Wookieepedia administrators and Category:Wookieepedia Inquisitors, which is nonetheless incorrect and misleading. I wanted to request that you kindly consider removing these userboxes from your userpage or otherwise employ a userbox that uses a manual code without the auto-categorization. Thanks. Toprawa and Ralltiir (talk) 21:10, June 23, 2013 (UTC)

I just wanted to let you know that an article that you put a significant efforts into building is up for deletion. Please consider voting for keeping it. Wookieepedia:Trash_compactor/List_of_foreign_language_translations_of_Star_Wars_titles --Steinninn 00:33, September 16, 2013 (UTC)

Hi Xwing328! Since you seem to be among the rare users who own a copy of The Ultimate Star Wars Episode I Sticker Book, could you check something for me? I need to know more about the Mantaris-class amphibious medium transport's appearance in that book. Anything relevant, really. Thanks in advance! --Lelal Mekha

Template on another Wikia[]

I'm led to believe you created the templates on this amazing Wikia. I've adapted a couple of your templates for my Wikia as they are relevant to what I'm looking for but I'm not that good with advanced templates and am struggling. Would you be able to help me out at all?

If so could you message me on here

Hello, thanks for adding backup links to articles. Please make sure to add the backups to the central repository, where EcksBot will fix all instances of those links. Shayanomer

Hi. If you still remember, do you know where you acquired this image from? The image is currently sourced to the SW.com home page, which isn't very helpful. Shayanomer