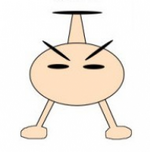 Thanks for contributing to Wookieepedia! Before posting talk page comments, please familiarize yourself with the disclaimer at the top of talk pages, {{Talkheader}}. Talk pages are for discussion relating to changes to the article, not for a discussion about the topic in question. Thank you. CC7567 (talk) 04:31, April 10, 2010 (UTC)

When uploading images from TCW series, please use the correct licensing tag. Rather than the {{Screenshot}} template, the {{TV-screenshot}} template should be used. Also, in the source, it is more helpful use the {{TCW}} template to list the specific episode. However, it is perfectly acceptable to also use the link to the Episode Guide where you're getting the images from. When doing so, please use the {{SW}} template rather than just placing a link in the source field. Thanks. - JMAS

I saw that you created the page on the Ugnaught, Erk Zallis, Could you point out where on the episode guide you found his name? I'm not disputing it, I just cannot find it. Doctor Kermit(Complain.) 20:12, February 19, 2011 (UTC)

While your efforts to update Fives are admirable, the article is currently a featured article, and the nominator, JangFett is in process of updating it. Thanks. 1358 (Talk) 11:07, March 5, 2011 (UTC)

Please know that we currently do not know if TCW showed the Galaxies Trandoshan Hunting Rifle. Until the episode guides clarify this or not, the correct article for the blaster shown in TCW is Trandoshan blaster. Any sort of speculation will be removed since it has no place within articles. Thanks, JangFett (Talk) 18:41, March 26, 2011 (UTC)

While your effort to update articles with the new Star Wars site is much appreciated, I would request that you refrain from doing so just for a little while until a method of citing said source is developed, as is currently being discussed in the Senate Hall. Feel free to weigh in on the discussion, but it's best to determine a system of citing the new website (meaning creating a new citation template or two) before we jump the gun and add improperly sourced information to the site. Thank you. CC7567 (talk) 17:24, September 14, 2011 (UTC)

While your edit is appreciated, the page you just edited currently has a template called {{Inuse}} at the top. This template means that someone is currently working on improving the article, and to avoid edit conflicts, no one other than the placer of the template should edit the page while the message is visible. Thank you for your cooperation. JangFett (Talk) 17:19, November 20, 2011 (UTC)

Editing requests for other wikis. Edit

You said you were Japanese? Then I have a favor to ask, one that isn't actually needed for this wiki specifically, but for another wiki:

Okay, there's a game called Metal Gear Solid: Peace Walker, and they have some DLC materials that are exclusive to the Japanese version. One such DLC package are a series of four Monster Hunter styled T-shirts. I've got all of the DLC materials down, including the Camo Index grading system. However, I also want to verify whether the information I got regarding the Monster Hunter shirts' respective camo indexes is in fact accurate. Can you edit the Metal Gear Wiki article Metal Gear Solid: Peace Walker/DLC with the appropriate information of the camo index either from your game (assuming you actually have the game and/or the DLC materials) or from information given from any friends or family members that you know who played Peace Walker and possibly have the DLC materials? I want to make sure that article is completed, that's all. The DLC shirts requested are "Monster t-shirt Hunter", "Monster t-shirt Soul Hunt", "Monster t-shirt Festival Hunt", and "Monster t-shirt friend "temporary"", colored green, black, blue, and red, respectively. I might also request translations of the model viewer descriptions for some product placement items in the future, but I'll be content with the shirt verifications in the present.

Hi. If you don't wish to help, I understand, but can you at least give a yes or no response instead of simply not responding? I don't do well with non-verbal responses due to being Autistic. Weedle McHairybug (talk) 11:50, April 13, 2013 (UTC)

I'm in need of assistance with your Japanese skills again. Don't worry, it has absolutely nothing to do with gaming:

As you might already know, Tokyo Disneyland had just released Star Tours: The Adventures Continue. There are some things in the signage that were English, but the Japanese stuff I cannot read both due to the presence of Kanji and because of the low quality of the video. When you have time, can you visit the queue area of Tokyo Disneyland and jot down the Japanese words as well as the translation? On that note, there are also some sections that, largely due to the bad quality of the video, I was unable to read even in English, so if it isn't too much, I'd like those phrases as well.

You know the original Star Tours ride, right? Well, in your memories of that ride, do you remember seeing a poster called "Spot the Droid" which supplied biographical info on the various droids at the ride? EndorExpress mentioned the poster, but right now thanks to some things Rokkur Shen stated, we might need more than that, especially when the website that sourced it doesn't even have an image for it. Weedle McHairybug (talk) 10:56, May 7, 2013 (UTC)

Edge of the Galaxy. Edit

Any chance of doing the Edge of the Galaxy location from the tourscan anytime soon?

Hi. I'm in need of your Japanese skills again. I don't know if you're a big fan of Dragon Ball, but, well, the text that I need you to translate relates to that franchise, specifically Broly.

I'm not sure if I'm allowed to use this talk page for things other than Wookieepedia-related matters multiple times, and if I'm not, I'd at least like your email so I can contact you regarding it. Weedle McHairybug (talk) 03:24, September 20, 2013 (UTC)

I made a blog a while back on Metal Gear Wiki requesting for the translations of some PSN descriptions for the Peace Walker DLC back when it was still in existence on the PSP servers. I was wondering if you could translate them. Don't worry, I made sure I got screencaps (with some help from another user) showing the descriptions, so you don't have to worry about your status as a non-gamer to translate them. The blog is here: User Blog:Weedle McHairybug/Attention any Japanese-knowledgeable wiki editors: Weedle McHairybug (talk) 16:04, October 26, 2013 (UTC)

Retrieved from "https://starwars.fandom.com/wiki/User_talk:Z-sword?oldid=8267549"
Community content is available under CC-BY-SA unless otherwise noted.